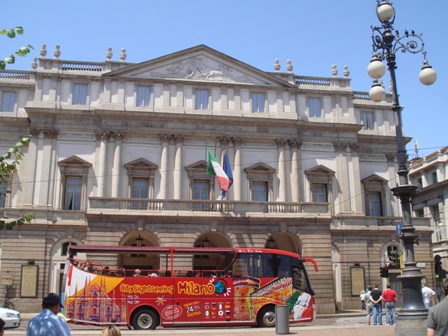 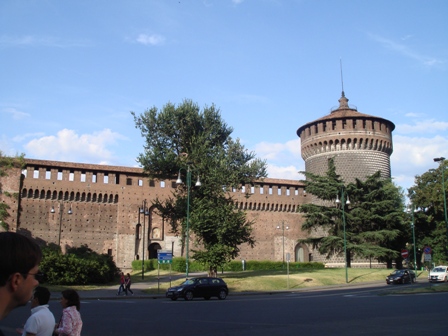 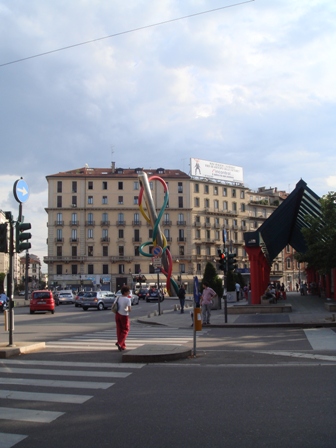 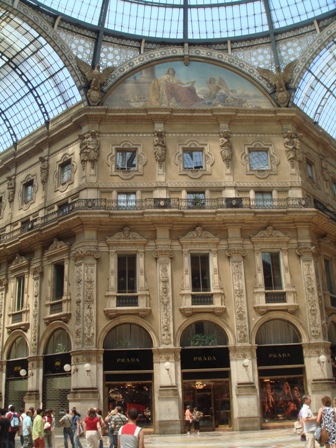 The total number of abstracts submitted to the Scientific Committee of the Nineteenth Meeting of the European Neurological Society was 925 abstracts.
The highest number of abstracts submitted per topic for presentation at the Milan Meeting is in subjects of: Cerebrovascular disorders [164]; Multiple sclerosis: clinical aspects [103] and Dementia/Higher function disorders [71], followed by General neurology [54].
The total number of participants was 2,931 from a total of 86 countries, worldwide.

Dr. Leys from France was the first speaker at the meeting on Monday 22nd June 09.
The objective of the talk is not to make a systematic review, but to focus on a few selected strategies that have changed or will change our practice in managing stroke patients..
Primary prevention trials:
– A meta-analysis of 22 studies showed that smoking doubles the risk of ischaemic stroke. Subjects who stop smoking reduce this risk by 50%. Making public places smoke-free would result in huge benefits.
– A systematic review found hormone replacement therapy to be associated with a small increase in stroke risk.The Women’s Health Initiative trial suggested that this risk is increased only in women with hormone use of 5 years or more.
– Antiplatelet agents reduce risks stroke in patients with non-valvular atrial fibrillation, but warfarin (target INR 2.0-3.0) is more effective than aspirin at reducing stroke, especially in patients who have had a previous systemic embolism (including stroke), over 75 years of age, with high blood pressure or poor left ventricular function. Warfarin was also safe and effective in older individuals. The combination of aspirin and clopidogrel is less effective than warfarin.
Secondary prevention trials
– Antiplatelet therapies reduce vascular events, including non-fatal myocardial infarction, nonfatal stroke and vascular death in patients with previous stroke or TIA. Clopidogrel, and the combination of aspirin and extended release dipyridamole, are slightly more effective than aspirin, but the

re direct comparison did not find any difference between both strategies.

Expanding the opportunities for the treatment of acute stroke 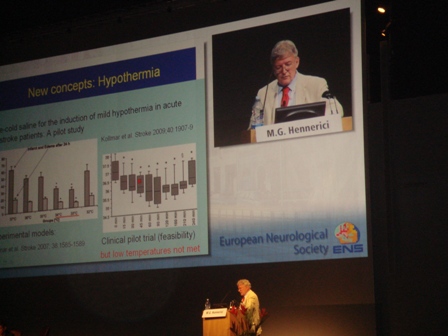 Regarding the new trials for stroke management and ideas about the feasibility of such trails Professor Hennerici from Germany was speaking at the meeting. He attended the meeting after chairing the 18th European stroke conference in Sweden in May 09.
In contrast to increasingly improving and expanding experimental and clinical research efforts during recent decades, the possibility of therapeutic options is disappointing: regulatory approval for the treatment of acute ischaemic stroke is limited to intravenous tPA in a short time-window with rapidly decreasing, albeit excellent early prognosis, within 90 minutes after onset of symptoms and slowly increasing haemorrhagic complications after 3-6 hours. Obviously, the concept of bench-to-bedside translation (with the exception of revascularisation) challenges our knowledge about the pathophysiology of ischaemic brain injury in man.
Prof. Hennerici mentioned that research is needed to increase efficacy and applicability of thrombolysis by extending the time-window by using new thrombolytic compounds and application, such as sonothrombolysis, hypothermia, or CBF augmentation. Although well-known, acute stroke does not only cause deleterious neurotoxic effects but also necrosis of the complex cellular system forming the blood-brain barrier (BBB) and the neurovascular unit. A better understanding of the mechanisms of the BBB maintenance is a prerequisite to understand its response to focal cerebral ischaemia, the sequence of circulating blood elements leading to inflammation and apoptosis (e.g. activated microglia/microphages and heterogenic leukocytes producing oxygen and nitroxygen radicals ). They play a key role in subsequent post ischaemic inflammation supported by endothelial, glial cells and neurons involving a complex cascade of mediators.
Neuroinflammation aggravates BBB breakdown and neuronal damage, but at the same time and through similar mechanisms and sometimes even identical mediators, confers neural protection and stimulates reorganisation (MMPs and TIMPs). Understanding of these mechanisms may lead to new concepts of support for endogenous neuroprotection and preventive measures using promising candidates to down-regulate ischaemic damage, increase the ischaemic tolerance and stabilise the BBB. Regeneration and repair after stroke needs to be investigated – again research is needed not only with regard to neurogenesis, reorganisation, new vessel formation and repair, but also to design a new model of stroke for experimental studies and a better selection of criteria to identify the appropriate patients for the clinical study, based on the best experimental model.
Screening and management of unruptured cerebral aneurysms

Dr. Rinkel from Netherland mentioned that unruptured intracranial aneurysms are present in around 2% of the population. Main risk factors are female sex, a positive family history, polycystic kidney disease, a previous ruptured aneurysm, increasing age, and smoking, hypertension and alcohol abuse. Unruptured aneurysms may rupture in the near or distant future and sometimes these lesions warrant preventive intervention by means of coiling or surgical clipping. However, in many situations uncertainty abounds, and in many other situations intervention will probably do more harm than good. In these situations follow up imaging to detect growth of the aneurysm is often advised, but data on frequency and effectiveness of this strategy are lacking. Factors that determine the risk of rupture include size and site of the aneurysm, and family history.
In individuals with only one affected first-degree relative, screening is not very efficient or effective. Although patients with no family history and no polycystic kidney disease who have survived an episode of haemorrhage are at increased risk for a new episode from a new aneurysm or from recurrence of the treated aneurysm, screening for new aneurysms can not be recommended in general, but can be considered in patients (especially women) with an initial episode at a very young age and with multiple aneurysms at time of the initial haemorrhage.
Genetic determinants are likely to play a role in the development of intracranial aneurysms.

Professor Ferro from Portugal said that dural sinus and cerebral vein thrombosis (CVT) are less common than other stroke types and challenging to diagnose. He focused on recent advances and uncertain issues in the diagnosis and treatment of CVT and how they are reflected in available guidelines. Clinical presentation of CVT varies in different demographic groups (children, women, elderly). Worldwide, there is a global variation of associated conditions and risk factors, reflecting the variability of their prevalence in different world regions. The current diagnostic standard for CVT consists of MR with T2* sequences and angio-MR. Venous CT angiography has probably the same diagnostic accuracy as veno-MR. New MR modalities will be necessary to increase our diagnostic ability of this condition, given the limitations of the current screening methods (CT, D-dimers, transcranial Doppler).
The prognosis of CVT can now be stratified using the validated CVT risk score. Anticoagulation remains the fundamental therapeutic measure. Antiepileptic drugs are recommended in patients with seizures and in those with supratentorial haemorrhagic lesions. Concerning the need for long-term anticoagulation, a trial is planned to compare short vs. long term prescription.

Improving the outcome of cardioembolic stroke with early antioxidant therapy

Oxidative stress has a major role in the pathogenesis of cerebral ischaemia/reperfusion injuries. Since cardioembolic strokes have a high rate of spontaneous recanalisation, antioxidants should have good results in this subtype. In this study the authors evaluated the effect of antioxidant treatment with alpha-lipoic acid (LA) started in the first 24 hours after stroke onset on the outcome of cardioembolic (CE) stroke.
CEs were selected from 2 consecutive series of acute ischaemic stroke patients admitted to the hospital. Each patient had demographic data recorded, the NIHSS score and the Barthel index (BI) evaluated at admittance and discharge. Oxidative stress was assessed by measuring the serum malondialdehyde (MDA) levels with the tiobarbituric acid method at admittance and on days 3 and 7. The control group received treatment according to current guidelines, while the second group received in addition 600 mg of LA intravenously for 7 days.
The study concluded that results that LA administered early after stroke onset diminishes lipid peroxidation, as demonstrated by the decreased levels of MDA in the sera of patients who received antioxidant treatment. 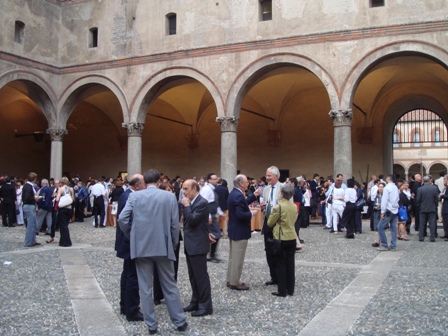 The authors of this study initiated prospective community based stroke registry in Mumbai, in subjects having first-ever-stroke (FES), to collect data on stroke epidemiology and disability status in stroke survivors from Jan 2005 to Dec 2006.
A well-defined community (H-ward) with verifiable census data was selected, 156,861 people aged over 25years who were eligible were screened. WHO STEPwise approach to stroke surveillance Version 2 was operational protocol. Neurological deficit on admission was recorded by National Institute of Health Stroke Scale (NIHSS) and disability status at 28 days by Modified Rankin Scale (MRS).
The study showed that 456 FES subjects were identified. By 28 days, of 131subjects with mild neurological deficit at onset (NIHSS <5 at onset) 87 made good recovery (MRS 0 to 2) and 3 died (2.2%). Of 149 subjects with moderate deficit (NIHSS 6- 15), 34 showed good recovery (MRS 0-2), 97 (65.1%) had moderate to severe disability (MRS 3 to 5) and 15 (10%) died. Whereas in 70 subjects with severe neurological deficit (NIHSS 16-42), 19 (27.1%) had moderate to severe disability (MRS 3 to 5) and 48 (68.5%) died. In 103 subjects where NIHSS score at onset was not verifiable, by 28 days 23 remained moderate to severely disabled (MRS 3 to 5) and 67 (65%) died. In the latter group CT confirmation of stroke diagnosis was available in 67 of 103(65%) cases; and in majority (82 cases) ischemic stroke was major sub-type.
In MSR mild neurological deficit at onset was associated with good recovery whereas those with severe neurological deficit at onset had poor prognosis in terms of outcome (disability status). In developing countries like India there are difficulties in implementing intensive and immediate treatment on account of: lack of public awareness on warning symptoms, poorly organized ambulance services and non-availability of acute care beds. 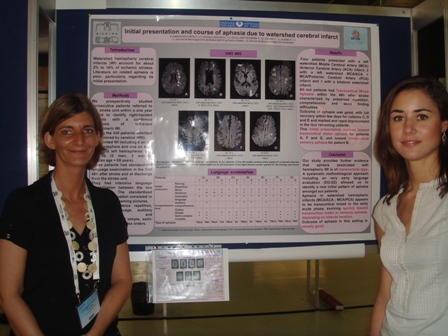 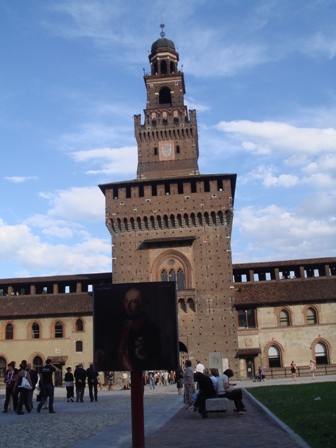 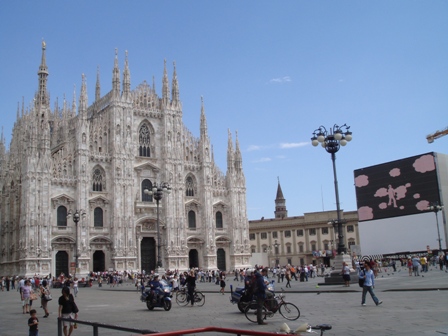 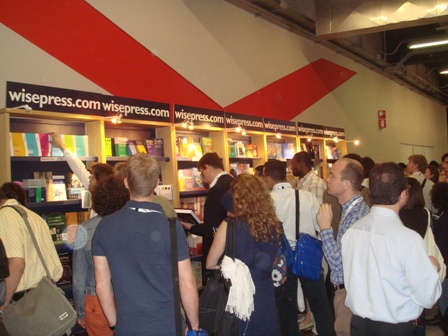