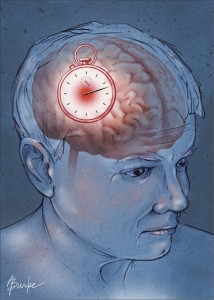 The main challenge in thrmbolysing the eligible stroke patient is the speed of recanalisation and the site of the occlusion.   ‘Lancet Neurology’ in its September 09 issue published the results of the RECANALISE study which is aiming to ascertain the effect of a combined IV—endovascular approach (intra-arterial alteplase and, if required, additional thrombectomy) in patients with stroke due to arterial occlusion.