I am sure that the Stroke Rehabilitation community will welcome the results of this randomised trial (Lancet Neurology 2008; 7:33-40).
The aim of constraint-induced movement therapy (CIMT) is to promote use of a limb that is functionally impaired after a stroke. In one form of CIMT to treat upper limb impairment, use of the less severely affected arm is restricted for many hours each weekday over 2 consecutive weeks. The EXCITE trial has previously shown the efficacy of this intervention for patients 3–9 months poststroke who were followed-up for the next 12 months. Wolf SL et al assessed the retention of improvements 24 months after the intervention.

In the EXCITE trial, 106 of 222 participants who had mild to moderate poststroke impairments were randomly assigned to receive CIMT rather than usual and customary care. The researchers assessed this group of patients every 4 months for the primary outcome measure of impaired upper limb function, as measured with the Wolf motor function test (WMFT) and the motor activity log (MAL). Health-related quality of life, measured with the stroke impact scale (SIS), was a secondary outcome measure. Analysis was per protocol.

The effects at 24 months after treatment did not decline from those at 12 months for time taken to complete the WMFT, for weight lifted in the WMFT, for WMFT grip strength, for amount of use in the MAL, or for how well the limb was used in the MAL.
The additional changes were in the direction of increased therapeutic effect.

The study concluded that patients who have mild to moderate impairments 3–9 months poststroke have substantial improvement in functional use of the paretic upper limb and quality of life 2 years after a 2-week CIMT intervention. Thus, this intervention has persistent benefits. 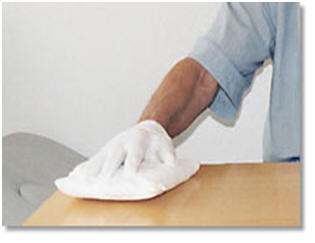