Risk factors for ischaemic and haemorrhagic stroke: A global view 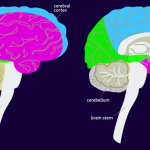 On behalf of the Interstroke investigators, Martin J O’Donnell et al have published their results of the study about the risk factors for stroke in 22 countries around the glob (The Lancet, 2010;376,9735:112-123). They aimed to establish the association of known and emerging risk factors with stroke and its primary subtypes, assess the contribution of these risk factors to the burden of stroke, and explore the differences between risk factors for stroke and myocardial infarction. The case control study was done between March 2007 and April 2010.
It is not surprising as the study reported that history of hypertension was the first risk factor which was mentioned by the first 3000 stroke patients in 22 countries worldwide. The majority of the patients had ischaemic stroke (78%).
Other risk factors were: current smoking, waist-to-hip ratio, diet risk score, lack of regular physical activity, alcohol intake, psychological stress and depression.
In their interpretation the authors of this study concluded that ten risk factors are associated with 90% of the risk of stroke. The reader will conclude that reducing the high blood pressure to the normal level and encouraging smokers to quit in addition to promoting physical activity and healthy diet will reduce the burden of stroke in general.