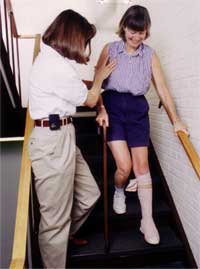 Two occupational therapists from University of British Columbia in Vancouver/Canada have performed a meta-analysis of randomized controlled trials related to the subject of strength training for the arm weakness following a stroke. This type of training is considered in rehabilitation as an important intervention with the potential to improve function

Electronic databases were searched from 1950 through April 2009. Strength training articles were assessed according to outcomes: strength, upper-limb function, and activities of daily living.

The authors concluded that there is evidence that strength training can improve upper-limb strength and function without increasing tone or pain in individuals with stroke.