By amer
Posted 31/01/2020
In Featured, Recent articles
Treatment of Vertebrobasilar artery stroke: Medical or Endovascular?2020-01-312020-01-31http://www.strokeupdate.co.uk/wp-content/uploads/2018/09/stroke-update-logo.pngStroke Updatehttp://www.strokeupdate.co.uk/wp-content/uploads/2011/12/This-file-photo-shows-tablets-of-Lipitor-a-kind.jpg200px200px
0
Previous randomised trials have shown an overwhelming benefit of mechanical thrombectomy for treating patients with stroke caused by large vessel occlusion of the anterior circulation. Whether endovascular treatment is beneficial for vertebrobasilar artery occlusion remains unknown. In this study, we aimed to investigate the safety and efficacy of endovascular treatment of acute strokes due to vertebrobasilar artery occlusion.
The Lancet Neurology published few days ago in its issue of February 2020 a multicentre, randomised, open-label trial (BEST trial), with blinded outcome assessment of thrombectomy in patients presenting within 8 h of vertebrobasilar occlusion at 28 centres in China. Patients were randomly assigned (1:1) to endovascular therapy plus standard medical therapy (intervention group) or standard medical therapy alone (control group). The randomisation sequence was computer-generated and stratified by participating centres. Allocation concealment was implemented by use of sealed envelopes. The primary outcome was a modified Rankin scale (mRS) score of 3 or lower (indicating ability to walk unassisted) at 90 days, assessed on an intention-to-treat basis. The primary safety outcome was mortality at 90 days. Secondary safety endpoints included the rates of symptomatic intracranial haemorrhage, device-related complications, and other severe adverse events.
The authors mentioned that between April 27, 2015, and Sept 27, 2017, they assessed 288 patients for eligibility. The trial was terminated early after 131 patients had been randomly assigned (66 patients to the intervention group and 65 to the control group) because of high crossover rate and poor recruitment. In the intention-to-treat analysis, there was no evidence of a difference in the proportion of participants with mRS 0–3 at 90 days according to treatment. Secondary prespecified analyses of the primary outcome, done to assess the effect of crossovers, showed higher rates of mRS 0–3 at 90 days in patients who actually received the intervention compared with those who received standard medical therapy alone in both per-protocol and as-treated populations. The 90-day mortality was similar between groups despite a numerically higher prevalence of symptomatic intracranial haemorrhage in the intervention group.
The authors concluded that t 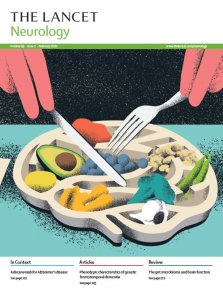 here was no evidence of a difference in favourable outcomes of patients receiving endovascular therapy compared with those receiving standard medical therapy alone. Results might have been confounded by loss of equipoise over the course of the trial, resulting in poor adherence to the assigned study treatment and a reduced sample size due to the early termination of the study.
Recent Posts